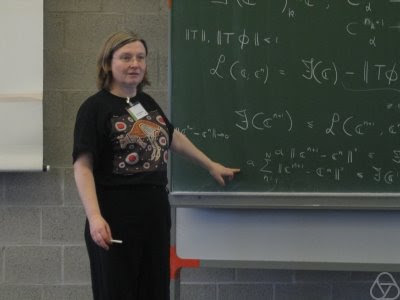 Article here (in Dutch). I'll translate some parts tomorrow as I'm running out of time today. But hey: I'm proud of Suzan de Haan, as this is a part of technology in which my day job is also closely related (we provide propulsion installations for such platforms), so I know how difficult her job is. Hat's off!
Posted by Jetse de Vries at 1:17 PM

Hello !.
might , probably curious to know how one can make real money .
There is no initial capital needed You may start to receive yields with as small sum of money as 20-100 dollars.

AimTrust is what you thought of all the time
The company represents an offshore structure with advanced asset management technologies in production and delivery of pipes for oil and gas.

Its head office is in Panama with offices everywhere: In USA, Canada, Cyprus.
Do you want to become a happy investor?
That`s your choice That`s what you really need!

I`m happy and lucky, I began to take up income with the help of this company,
and I invite you to do the same. It`s all about how to choose a correct companion utilizes your money in a right way - that`s it!.
I make 2G daily, and what I started with was a funny sum of 500 bucks!
It`s easy to start , just click this link http://oniqopaji.100megsfree5.com/awexem.html
and go! Let`s take this option together to get rid of nastiness of the life