(Cross-posted from the SHINE blog) 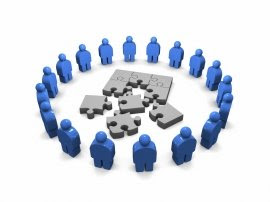 ...or: The world is looking for solutions. Why isn't SF trying to help, or at least trying to think along?

In the past couple of weeks, I've been in airplanes quite a bit. My airplane reading is mostly newspapers and science magazines like New Scientist and Scientific American. So when I flew to Spain about a month ago I delved into the October, 11th New Scientist "A Brighter Future" special issue, and when I flew to Calgary two weeks later I bought Scientific American's "Earth 3.0" special issue. Then there's also Ode Magazine (I read the Dutch version, but there's also an English one) with a 'Generation Now' special report.

The similarities between the three: they're all worried about the (near) future. Indeed, just like SF, I hear you think. But unlike most SF today, these three magazines are not only analysing the problems, they're also actively looking for solutions. Why has most SF fixated on the former (often directly extrapolating today's problems in tomorrow's dystopias), while greatly ignoring the latter?

I strongly suspect that this is one of the main factors that keeps (written) SF from being relevant to a larger part of the population, especially young people. Not the sole one(*), mind you, but a very important one. I strongly think we need SF that starts thinking about near future solutions for our current problems.

Since our problems are complicated and interlinked, our solutions need to be multifacetted: most of today's biggest adversities do not exist in isolation, so multiple causes need to be addressed simultaneously. This requires multidisciplinary approach that is both broad and deep: one single specialist in one field (no matter how brilliant) will not do, but a group of 'intelligent optimists'. These teamworkers and teambuilders realise that there is no 'one-size-fits-all' solution, but that quintessentially different aspects require tailor-made solutions. They cherry-pick the best solutions from a great variety of sources, attack the problems from a lot of different angles, and are interdisciplinary, practical, forward-thinking go-getters.

Dog help me, I hear some of you think: this is immensely difficult. Indeed, it is. It's the point: SF can't afford to be too simple or straightforward anymore. Good near future SF not only reflects the complexity of the real world to a high degree, it also needs to see the intricate problems as tractable if we put our combined minds to it, with sharp intelligence, the will to co-operate, and hope.

So let's look at this in a broad perspective, and link the three 'special issues' I mentioned above:

Again, why do I find this kind of positive, forward-thinking in non-SF magazines?

This is to get you -- and especially the SF writers among you -- thinking. Doesn't SF pride itself for it's potential for 'sense of wonder' and its ability to shift paradigms? The point is, these sensawunda-powered conceptual breakthroughs almost always happened in space, virtual realities and runaway technological singularities (and yes: I'm guilty, too). Bring the gosh-wow, preconception-shattering power of SF to address, if even partly, the current problems plaguing our planet (or help imagine new solutions, new approaches) and SF will become relevant again.

Another maxim has it that SF writers like a challenge. So what are you waiting for?

(*) = I fully agree with Paolo Bacigalupi -- see his interview in The Fix and an exchange I had with him on his blog -- and Ian McDonald that SF needs to become relevant again (we disagree, and probaly not even that much, on how to recapture that relevance: Paolo's focus is on environmental issues, while Ian has a thing with the Multiverse, while I think we should troubleshoot the lot -- the environment, the economy, the human tendency to short-term thinking, the lack of education, and the elephant in the room called overpopulation): spewing humanity all over the galaxy while we haven't decently solved our current, highly complex problems is a flight forward. We need to face our challenges now, and instead of fictionally wallowing in them, we need to start thinking our way out of them.

(NOTE: I love a good discussion, and haven't closed the comments on this post, but I would appreciate it if people would comment on the SHINE blog.)