In week 32, I will be attending Anticipation, the Montréal WorldCon.

My travel plans and preliminary schedule are as follows:

After clearing customs & immigration I'll be heading to the Best Western Europa for a full week (there was a CAN$ 80 per night special if I booked a full week, so why not...;-).

This gives me the Tuesday night and the Wednesday daytime for preparations, especially -- I hope -- to do some shopping for a special event.

Also, an 'unofficial' event: Pubcrawling with the Pros.

Last year, Jim Minz had the luminous idea to do a Microbrew Pubcrawl in Denver (actually two: one on the Wednesday before, and one on the Sunday afternoon). As it happened, only two people showed up on the Wednesday (Jim and me), but we had a great time, and tasted some great beers. Sunday we redid it with a nice group (Jim Minz, Jeremy Lassen, John Picacio, Chris Roberson, Allison Baker, John Picacio, Diana Rowland, Christian Dunn, George Mann, Mark Newton and a few others whom I can't recall right now) to great acclaim.

Montreal supposedly has Belgian type beers, so I think a repeat is in order.

So, the way things look right now, there will be two pubcrawls:

Since we expect that the group on the Monday will be much larger, the Monday pubcrawl will be less extensive (we'll concentrate on a group of brewpubs which are within crawling distance) than the Wednesday evening one.

Anybody who wishes to join us, feel free to drop me an email at Jetse.deVries@gmail.com .

At Thursday the WordCon takes off, and -- so far -- I have the following items scheduled:

Description: What are the artistic and professional challenges faced by translators? How do they tackle translating between languages whosegrammars are incompatible?

NB: Fábio Fernandes is still listed as a participant, but unfortunately he will not make it. Too bad: I was looking forward to meeting him, as well.

Title: Putting the World into Worldcon

Description: Our information about SF outside the English language isoften provided by (mediated by) Anglophone experts who have been tothe foreign land in question and brought back what interests them.Here, instead, we gather experts from SF/fantasy traditions outsideEnglish to tell us what we should look out for.

NB: a handy map for the locations (which is available on the Anticipation website): 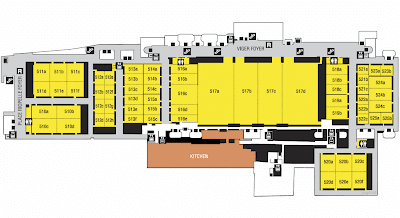 Furthermore, on Thursday evening -- as things stand now -- I will be having dinner with a few very good friends: Adam Rakunas and Daryl Gregory and his family in Au Pied de Cochon.

Description: Author, karate instructor, fencer and first aid officerSean McMullen provides a tour of how the human body can and cannot bedamaged. Want to know where a hero can be punched without any effect?Worried about his vascular dilation? Curious about the real-lifeversion of Mr Spock's nerve pinch? Not sure whether a really longsword fight is three hours or seven seconds? Wondering why readers arelaughing because your hero has microsecond reactions? Come along andfind out in complete safety.
Language: English

NOTE: this should be great fun: I will be the wild barbarian who gets his arse kicked by the Master. Or maybe, maybe the unwashed barbarian can pull a quick one...

Description: Launch party for new HarperCollins imprint Angry Robot. With introduction speech by Neil Gaiman. Drinks, drinks, drinks & snacks arranged by your Moderator who has a reputation (Interzone party, LACon IV; Pyr party, Denvention) to uphold. Wine aficionados will be attended to by connoissuer Adam Rakunas; beer lovers will be helped by The Flying Dutchman; there will even be soft drinks and mineral water for teetotallers. This is the party to be on the Friday night: don't miss it!

Duration: ??:?? hrs:min (depending on when your 'Moderator' decides to call it quits, or when the booze runs out, or when the suite needs to be vacated: whichever comes first...;-)

Note that Neil Gaiman, as Guest of Honour, has a very full schedule, so will make an appearance at 7 PM and give a short speech. If you want to see him, be early!

All Participants: everybody is invited!

Be often, drink early! (Or was it the other way around?) 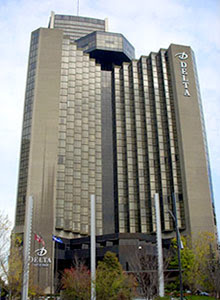 Description: A chance to ask those burning questions.

Moderator:
Posted by Jetse de Vries at 12:10 PM No comments: 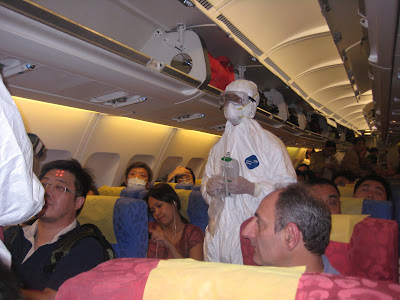 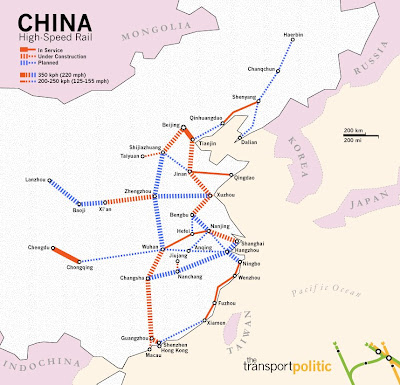 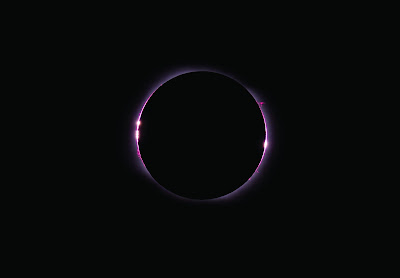 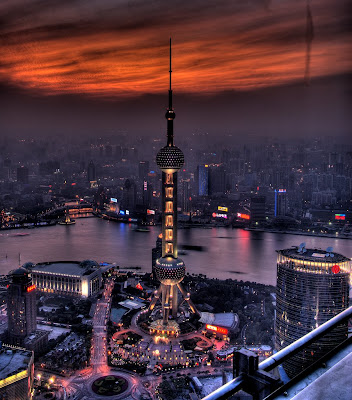 Posted by Jetse de Vries at 8:24 AM No comments: