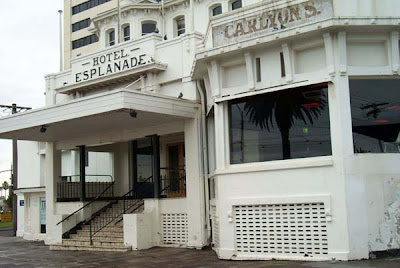 Where I had three days of beautiful weather (sunny, 23 degrees) and two days of rain (like today).
First and most importantly I caught up with my sister, as it had been over two years since I last saw her. Typically, I arrived Sunday evening around 20.00 hrs (PM), and my sister had to start on a new job the next morning.
This is actually a very good thing as she's been looking for a suitable job for years, and this one -- where she starts as an assistant to a production manager for a small film company (who mainly produce documentaries) -- might very well be the one.
She was hired for three days a week (Monday, Tuesday, and Thursday), but it was so busy they asked if she could work Thursday, as well. I told her to do it, as nothing is as important on a new job as making a good impression on the first day, and the first week.
Then Murphy's Law struck again, as her car was broken into when she was parked near her work on her very first work day. It's like my bad luck (see previous post) jumped over to my sister.
But she got the smashed door windscreen replaced, had to buy a bottle of champagne (for celebrating the completion of one documentary. and the bottle was paid for by her company), and all ended well.
Then I had lunch with her -- my apartment is actually a ten minutes' walk from her new job place -- and she told me she brought some of the 'speculaas' -- typical Dutch cookies -- for her to her work, and announced that day was 'Special Dutch Cookie' day. It was very well received.
I have a good feeling about her new job, and I hope she can keep it for quite a while.
Tonight we're going to a play of a friend of her (Chris Wallace) in South Yarra, and tomorrow, when she has Friday off, we'll probably go to the 'Chinese Wall' exhibition in the Melbourne Museum (and might visit Federation Square in the process).
The forecast is rain, so no more beach weather. But I wasn't complaining when it was 23 degrees, which even according to Melburnians was quite warm for the time of year.
Ah, and I had dinner with Sean McMullen and his girlfriend Zoya (I hope I spelled that right!) in Elwood yesterday evening. A very nice evening, and Sean gave me an advance copy of his new YA novel " Before the Storm", which looked particularly good. I'll read it when I've finished the slush, which will be somewhere near the end of June. 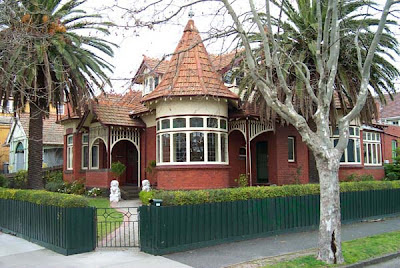 I'm having quite a good time, and the only thing slightly bothering me is all the slush I have to read (originally, this trip was planned for April, so before the May Interzone email reading period. Then the job -- training a crew in Hobart -- got delayed by a month. Oh well.
Posted by Jetse de Vries at 6:25 AM

Hee! I was scrolling down, and thought, "gosh, that place looks familiar!", and indeed, you're here in Melbourne. :)